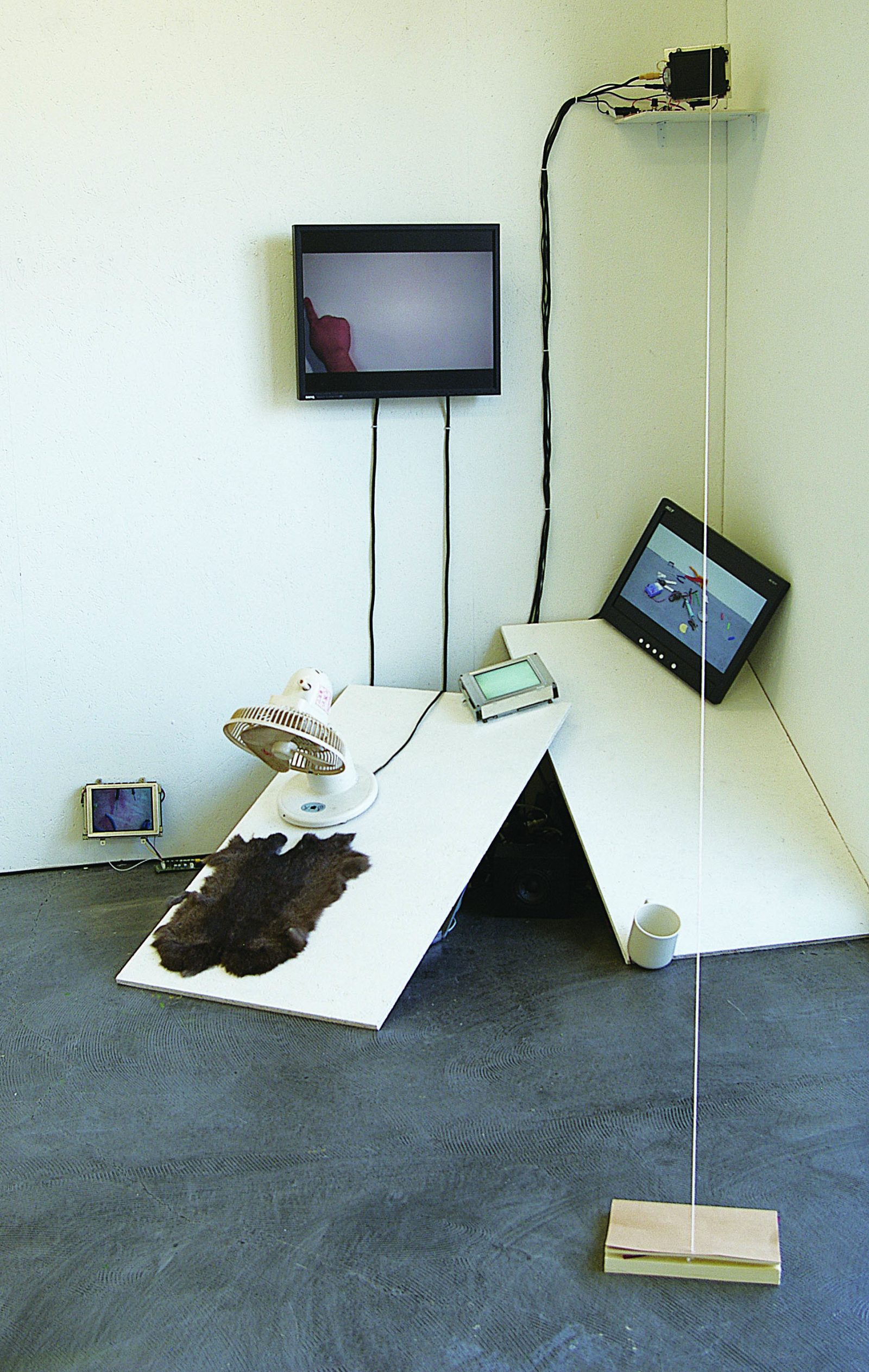 Calm & Punk Gallery is very delighted to announce that we will hold a solo exhibition Hyper_Here_Now by a media artist Akihiko Taniguchi from Sat. April 8 to Sun. April 23, 2017.

This exhibition is aimed to review Taniguchi’s activities during the last decade, displaying various pieces from the past. Taniguchi’s works had been practiced in diverse forms including installation, video, and internet art; we focused on his video installation and compared them, finding out there was a consistent theme in them. We try to reveal the track of his contemplation and practice by arranging parallel all these works, previously unreleased or remodeled with additional production, counting more than 10 in number, in this gallery space.
During the exhibition term, on Sat. April 15, we will hold a talk event on the themes of display, computer, and internet, bringing in Houxo and Yasuhiro Nagata and Issei Yamagata as guest speakers.

The Statement from the Artist
My first solo exhibition danling media was held in 2007 in the quota of up-and-coming artist introduction by NTT Inter Communication Center (ICC.) Now I recognized, after ten years, that I created quite a lot of things since then. I tried to create each piece, excluding imaginative limitation as much as possible, but, looking back on it, I found out that maybe I was always trying to prove one certain thing. For this exhibition, I selected some works from the archive and placed them in one place so that I could reach that certain thing stuck in my mind. Reviewing my thoughts of the past, I will pursue the issue that comes up to the surface by displaying the entire items in a one limited gallery zone. This time, I’d like to preserve the contemplation in a way of verbal expression as much as possible. 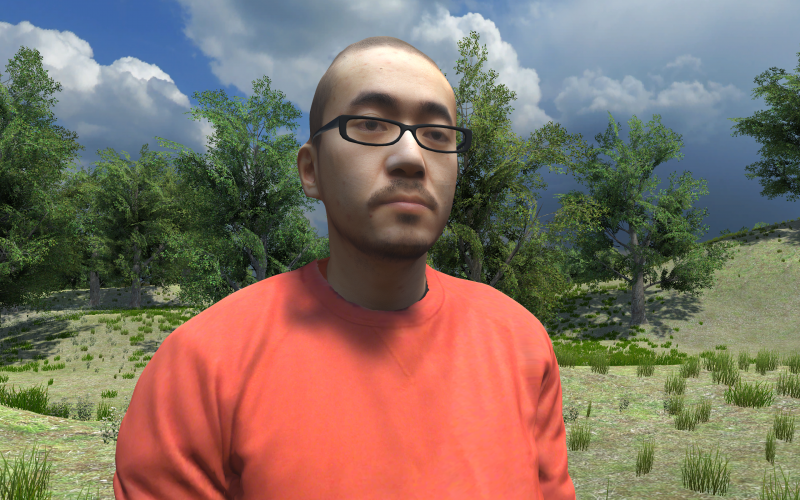 The artists’ practices cover a wide range of forms such as media art, internet art, video, or sculpture. He boasts another peculiar activity as a member of the Memory Lane Information Science and Art Academy, an ephemeral and art informel community, he, along with Tomoya Watanabe, came across in Omoide Yokocho, Memory Lane, in Shinjuku.
His major exhibitions include Internet Art Future: Reality in Post Internet Era at NTT Inter Communication Center, 2012, Objects Thinking Too Much at Bunmei, Iidabashi, 2013, Skincare at Sobo, 2015, Open Space at NTT Inter Communication Center, 2016, and SeMA Biennale Mediacity Seoul at Seoul Museum of Art, 2016.