Although based in London, Lung has also presented his exhibitions cities such as New York and Tokyo. Previous clients include NIKE, Stella McCartney, SHOWstudio, Sony, Channel 4 and others. His art utilizes a wide range of different mediums, such as paintings, sculptures, video, music and other types of productions. In the exhibition “NIGHT PIG LAYS EGGS”, the main artwork consists of a 162 x 130 CM sized painting with new artwork, which will also be available for purchase in limited quantities of A2 posters, art books and CDs. 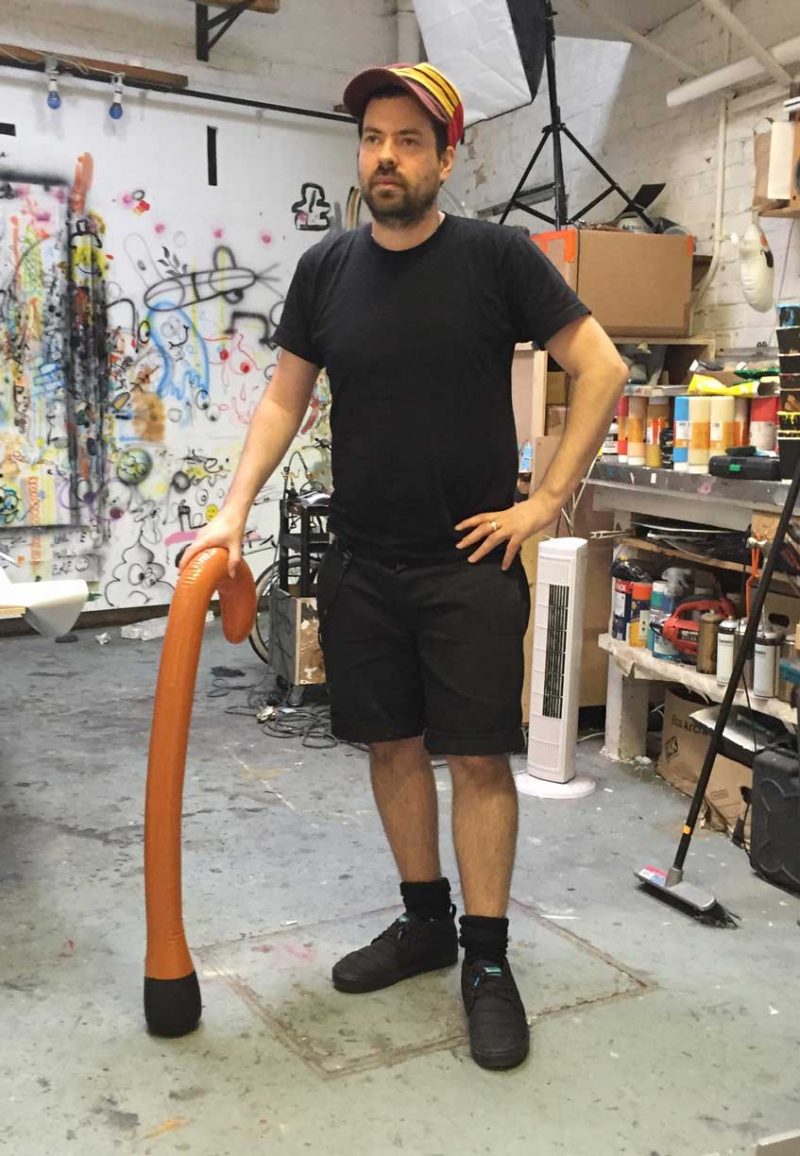 Lung lives and works in London, He is writing this in the third person singular.
Its strange isn’t it?, when you know it’s the artist who’s written this and they pretend its someone else,
and also when they’ve written ‘Lives and works’. Surely its obvious that they would have to live in the same city they work in,
the commute would be exhausting, maybe the jet lag would help the work? I don’t know.

So here’s the other stuff you need in a Bio (I’m going to drop the third person thing):
I have exhibited in US, Japan and UK, I went to art school with reasonable attendance and I mostly make paintings and sculptures.
If we were still pretending someone else was writing this, I could include some quotes from some fake interviews describing my work, I’ve read bio’s where people do that.
but I cant really do that now I’m talking to you directly.
if I have to sum it up at the time of writing, I think of the stuff I make as that feeling when you see a continuity error in a film,
the actor gets out of the pool then they’re hair is dry in the next scene a second later, or when you hear the same bit of library music advertising different products. That’s what its like, I think. I should have made that into some kind of fake quote. Too late now.

I’ve just online that you should:
Keep the bio structure short, concise and to the point.
A rambling disjointed bio will only confuse or lose the reader all together.
Always write the bio in the third person (as if someone other than the artist is writing the bio).

So I’ve rambled too much here I think and I ruined the third person thing early on.
I’ll keep it short.
Check out the work if you want, no pressure.