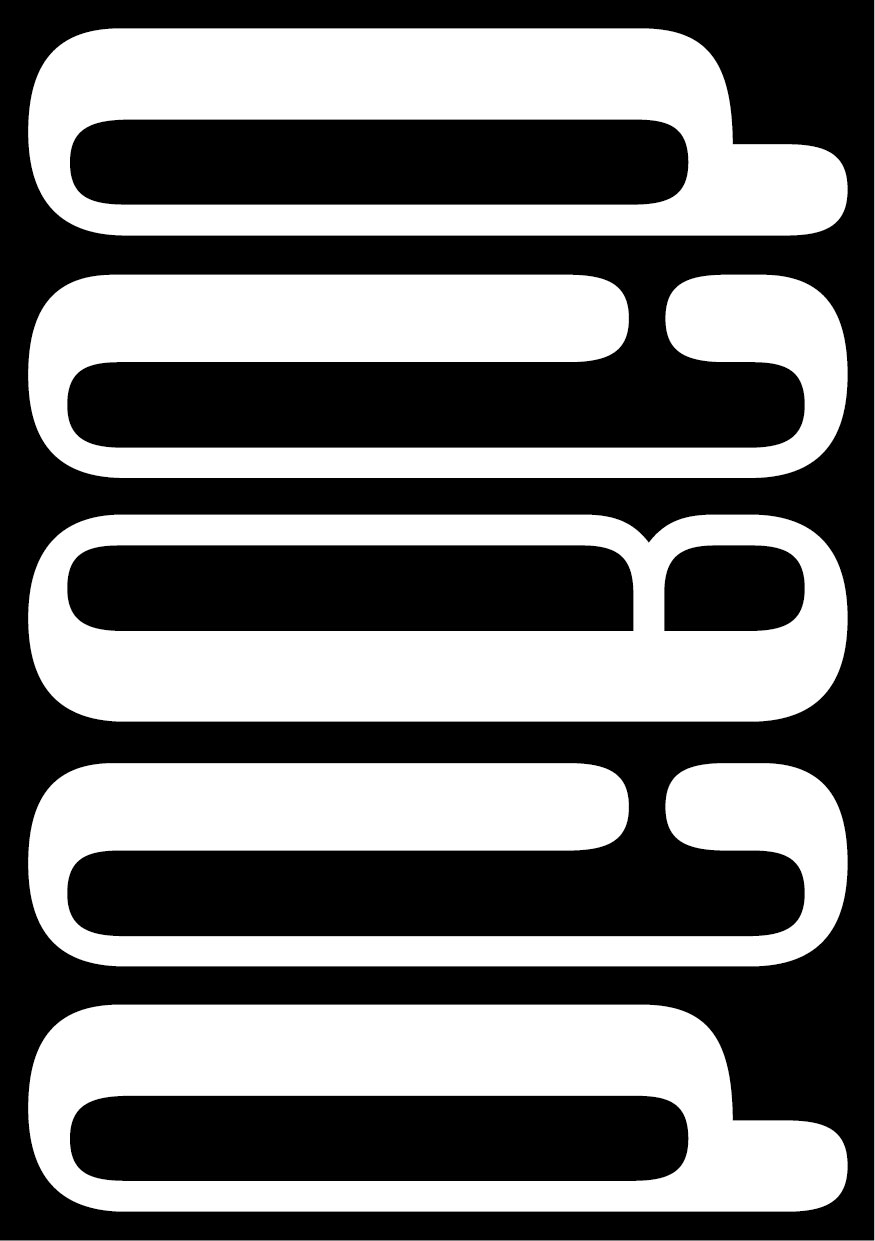 CALM & PUNK GALLERY is pleased to announce its first comprehensive retrospective, exhibiting an extensive and multi-faced body of work collected since the gallery’s launch in 2006.

Join us this December 2019 as we look back on a decade of memories shared on our corner of Nishi-Azabu, Tokyo, and turn the page on a new chapter, sure to be full of continued dialogue for many years to come.

The exhibition will feature 35 pieces from 21 artists, representing an international convocation of voices from as far afield as Tokyo, Paris, London, Cornwall, Berlin, Ballina, and Melbourne.

Perhaps Jonathan Zawada said it best:
”Connecting with another human without words around a subjective experience”

Although primarily active as a painter, Horfee’s practice spans a diverse range of mediums from animation to printed publications and more. A promising young talent, he has already garnered a considerable international following, having exhibited widely in major European hubs.

His paintings feature an abstract take on figurative motifs somehow suggestive of 20th century animation and Japanese manga, coupled with a bold pictorial use of color and stratified compositions with a characteristic sense of depth. Recent work has exemplified the further refinement of unique techniques—notably, a certain effect akin to the halftone dots seen in printing. His brushwork imparts an intimate awareness of movement, producing unforgettable lines and images.

A tattoo aficionado nonpareil, Horfee moonlights as a tattoo artist with hopeful “canvasses” knocking at his door from across the world.
https://www.instagram.com/haunted_horfee/

BIEN
Born in Tokyo in 1993.
BIEN’s works are based on drawing. He has been inspired by street culture, animation, and figurines. BIEN paints abstract paintings and makes installation works, inheriting various ways of expressing that represents these cultures. He tries to dissolve and reconstruct symbolic meanings.

Daniel Sparkes
Daniel Sparkes (born England 1980) works in the genre of Comic Abstraction, applying interventions to the mundane fabric of life by injecting it with dark painted and drawn motifs. The quotidian becomes a vehicle for social commentary as Sparkes corrupts found images with painterly cartoonish forms that falter stylistically between Dr Seuss, Philip Guston and bunker architecture.
This ‘gallows subversion’ induces an arcane, yet awkwardly recognisable visual language that infuse his images with equal amounts of outrage and wonder.
Sparkes has been nominated for the prestigious Jerwood drawing prize, created artwork for brands such as Nike, Givenchy and Warp Records and exhibited extensively across Europe and the United States.
http://danielsparkes.com/
https://www.instagram.com/mudwig/

Hidechika Sato
I remember that I used to paint a lot when I was a kid, so I started to draw by myself in 2018.
https://www.instagram.com/hidechikaa/

Hiraparr Wilson
Born in Tokyo. Graduated from Tama Art University’s Art Studies Department, Hiraparr Willson works on the artworks of musicians including Omoide Yaro A-Team, CATBOYS, Yakenohara, BTB Tokko, while he contributes illustration graphics to T by GASBOOK, a T-shirt label by GAS AS INTERFACE, and Shanghai-based fashion brand SIRLOIN. His also organizes events such as “MARA AIR,” Koheisai Kawamura’s solo shadow-picture exhibition and “MEMOLEEM,” a theater piece featuring musician Yousuke Fujimoto and BOREDOMS’s EYヨ, expanding his activity in alternative fields by constantly crossing genres. Willson held solo shows at OVER THE BORDER in Ebisu, Tokyo, in 2017 and at Speedy Grandma gallery in Thailand in 2018, while participating in group shows in Japan and overseas.
https://www.instagram.com/hiraparr/

Jonathan Zawada
Known for his multifaceted approach to the field of art and design which weave both the analogue and digital, artist Jonathan Zawada is often seeking to create tangible artefacts of transient, ephemeral virtual experiences in his work.
Centred around the intersection and blend between the artificial and the natural, Zawada’s world is hyper real – delicate and intricately detailed, as well as bold and dynamic.
Zawada’s practice is informed by his early roots in web design and coding and his further evolution into commercial graphic design, illustration and art direction and now includes object and furniture design, sculpture, video, installation and painting.
http://zawada.art/

Kenichiro Mizuno
Artist. Born in Gifu prefecture in 1967, Mizuno dropped out of the Department of Social Development System Engineering, Faculty of Engineering at the University of Tottori and later graduated from Setsu Mode Seminar. In pursuit of a super-dimensional feeling that exists between the senses of déjà vu and jamais vu, he reconstructs in his head the imagery of TV animation as his archetypal scenery, rendering it into wide arrays of outputs such as drawing, painting, graphic design, animation and so on. He also belongs to Chojo Gensho [Supernatural Phenomenon], a video production team, and Saiko Kinenshitsu [Supreme Memorial Room], an artist collective. He teaches at the “E To Bi To Ga To Jutsu [Image, Beauty, Painting and Arts]” seminar in Bigakko art school. He is a part-time lecturer in the Visual Media Dep’t of Tohoku University of Art and Design.
His blog Mai Fai (working title) is : http://kenichiromizuno.blogspot.jp/

LUNG
Lung lives and works in London, He is writing this in the third person singular.
Its strange isn’t it?, when you know it’s the artist who’s written this and they pretend its someone else,
and also when they’ve written ‘Lives and works’. Surely its obvious that they would have to live in the same city they work in,
the commute would be exhausting, maybe the jet lag would help the work? I don’t know.

So here’s the other stuff you need in a Bio (I’m going to drop the third person thing):
I have exhibited in US, Japan and UK, I went to art school with reasonable attendance and I mostly make paintings and sculptures.
If we were still pretending someone else was writing this, I could include some quotes from some fake interviews describing my work, I’ve read bio’s where people do that.
but I cant really do that now I’m talking to you directly.
if I have to sum it up at the time of writing, I think of the stuff I make as that feeling when you see a continuity error in a film,
the actor gets out of the pool then they’re hair is dry in the next scene a second later, or when you hear the same bit of library music advertising different products. That’s what its like, I think. I should have made that into some kind of fake quote. Too late now.

I’ve just online that you should:
Keep the bio structure short, concise and to the point.
A rambling disjointed bio will only confuse or lose the reader all together.
Always write the bio in the third person (as if someone other than the artist is writing the bio).

So I’ve rambled too much here I think and I ruined the third person thing early on.
I’ll keep it short.
Check out the work if you want, no pressure.

Midori Kawano
Born in Yokohama, Kanagawa Prefecture, Kawano has been producing pieces inspired by spacy atmospheres music or art conveys.
A versatile artist whose work runs the gamut from graphic design to art direction, product design, and video, Midori Kawano’s demure demeanor is the perfect foil for an oeuvre bursting with unbridled color and depth. In a land of mentor-apprentice social contracts, Kawano is the rare designer who bucked convention from the start, operating as a free agent in order to remain true to her own instincts. From her roots in the underground music scene, Kawano has cultivated a unique perspective over the years as her output has grown to encompass commercial work in addition to her more personal artistic practice. These cross-genre pursuits have in short time amounted to a vast innovative conceptual repertoire—a pure celebration of the act of creation with a storyteller’s flair.
https://www.md-k.net/

NANOOK
Born in Tokyo. Growing up in middle and high school integrated education in the dormitory system in the mountain side.
The artist name comes from the name of the dog that his father met in Alaska.
In 2006, after the death of his dog, he uses NANOOK as artist name.
Currently, NANOOK is based in Tokyo, working on drawings and paintings.
http://nanoooook.blogspot.com/

Russell Maurice
Russell Maurice (Born UK.1975) lives Tokyo. He Studied his Masters in Fine Art at Saint Martins, London. He Has exhibited world wide, highlights including: New Contemporaries at the Institute of Contemporary Art, 2010 and exhibiting alongside artists such as Chapman Brothers, Peter Blake, Ed Atkins and Turner Prize winner Laure Prouvost. Maurice has Collaborated with Brands such as Medicom, Porter, Givenchy and Nike and Runs the Label Gasius.
http://russellmaurice.com/

Rhys Lee
Victorian based Rhys Lee has held solo exhibitions since 2000 in Melbourne, Brisbane, Perth, Sydney and internationally in New York, Germany, France and New Zealand. His work has been included in group exhibitions at Heide Museum of Modern Art, Melbourne (2019), the Ian Potter Museum, Melbourne (2015), the Archibald Prize at the Art Gallery of New South Wales (2012), Mornington Peninsula Regional Gallery (2001), The University of Queensland National Artist’s Self Portrait Prize (2009), the Doug Moran Prize at the State Library of New South Wales (2009) and international commercial galleries in the USA, UK, Germany, France and Belgium. Rhys Lee has a Bachelor of Visual Arts, Graphic Design from the Queensland College of Art (1997). A monograph on the artist was published in 2009. Lee’s work is in the collections of the National Gallery of Australia and Artbank.
https://www.instagram.com/rhyslee_/

Ryu Okubo
Ryu Okubo expresses himself through illustrations and animations, and works in fields such as videography, magazine art, advertising, and apparel and interior design. Okubo uses different drawing mediums as the themes of his art change, such as simple line drawing, air brush, watercolor, digital, etc. Okubo’s exhibitions include: Like A Broken iPhone (2016, CALM & PUNK GALLERY), and GRANDMOTHER (2016, TOKYO CULTUART by BEAMS), a joint exhibition with Kenichi Miyazawa (magma). In 2019, he collaborated with KAKATO (Chinza Dopeness & Tamaki Roy) to publish the picture book, Mainichi Tanoshii (Bronze Shinsha).
https://ryuokubo.jp/

Will Sweeney
London based illustrator and graphic artist specialising in comics, clothing graphics, animated videos and music packaging. He has collaborated and worked with a variety of labels/bands/TV shows and publications. He is also known for his comic series Tales from Greenfuzz and for Alakazam – his T-shirt and print label. Clients include Penguin books, Stella McCartney, Undercover, The Horrors and Beck. Will has exhibited his work in galleries around the world, including London, Paris, LA, Madrid, Tokyo and Melbourne.
http://willsweeney.co.uk/