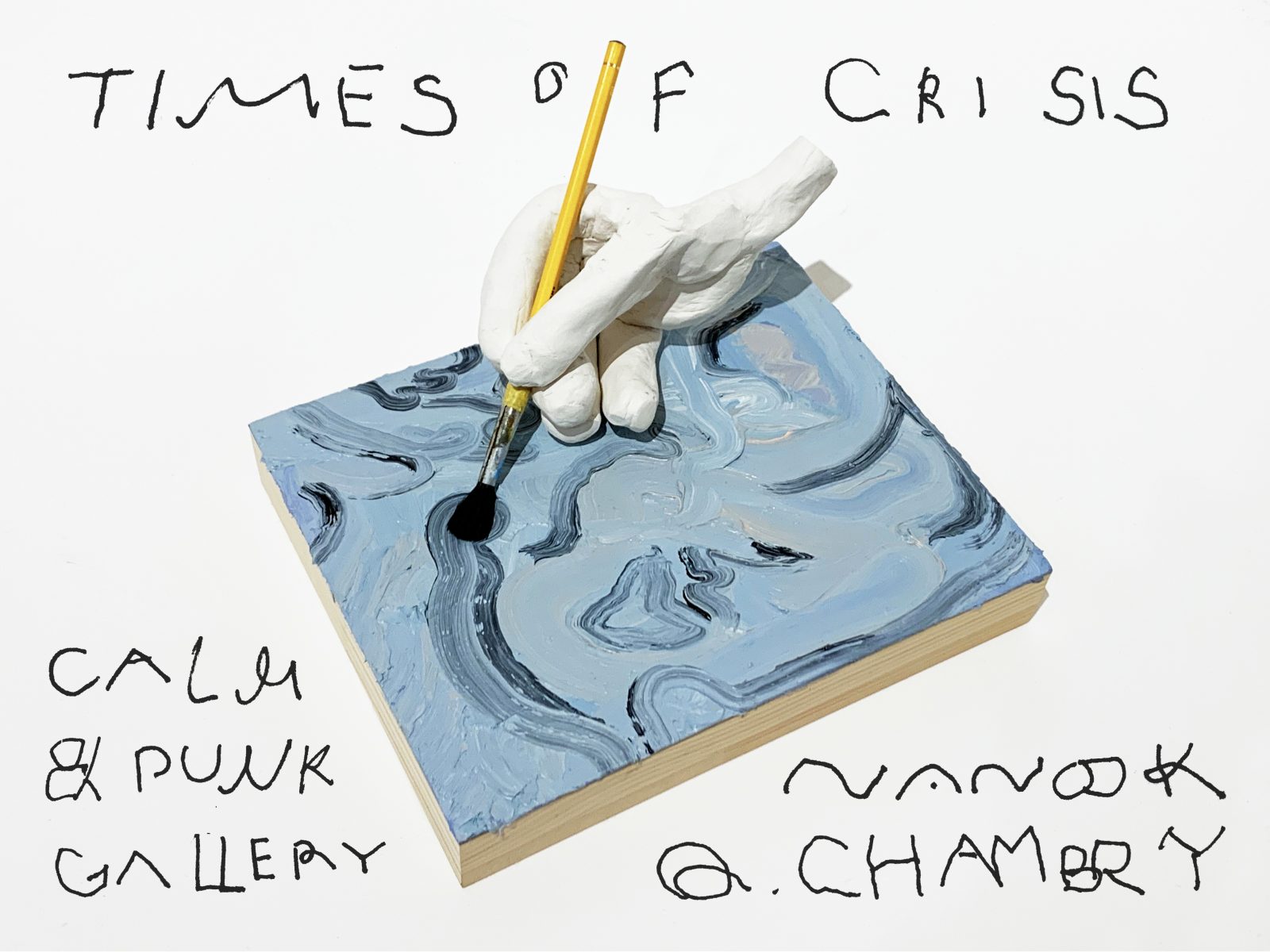 Two painters, Quantin and Nanook, found each other four years ago. Since then the French and Japanese artists have worked together on group shows and collaboration projects in France. Now both of them are based in the same city as Quantin moved from Reinnes to Tokyo last year. This exhibition marks the first two person show in their long partnership.

Nanook attended a mission school and lived in its dormitory through his middle and high school days under strict Christian values. In the male dormitory deep in a mountain, he grew up with little access to alternative culture. However, oppression naturally triggers more interest. Nanook would seek out “immoral” grotesque stimuli through punk and metal music, deeply impacted by and attached to the taste all the more for the prohibition.
On the other hand, Quantin grew up in Rennes in West France and enjoyed stakeboarding with friends, which guided him to make graffiti art and learn graphic design. Later he founded a garage gallery by renovating a house with his friends and organized a number of exhibitions. In such an artistic and communication-rich environment, Quantin immersed himself in art-making through a lot of inspirations from various artists in the community.

Creatures in Nanook’s work would look sinister, but at the same time those grotesque figures allow us to imagine extraterritorial lifeforms with sincerity and generosity far beyond ours. In Quantin’s work, by contrast, soft figures freely stretching across the canvas suggest something brutal behind their relaxed appearance. Although grown up in totally different environments, the two artists commonly have complementary aspects in each creativity, sharing freewheeling imagination to outperform the challenges they face in unpredictable ways.

23th March – Exhibition is coming soon and we quite struggled to find a suitable title.
We’re much more used to react impulsively within the emergency and rely on our instincts rather than properly planning everything. This is probably what connected us since we met four years ago, and could be otherwise noticed in our respective works. When we had to find a title for our first common zine, we just picked up the name of the place where we printed it (あんさんぶる) and it did make sense. Obviously there is no interest to title this exhibition « Calm & Punk », although we could recognize aspects of ourselves in each of these two words. We ended up instead with « Times of crisis » which describes much more the situation we face right now. As ideas remain yet in minds at this stage, this undetermined content keeps us alert while deadline approaches and the underlying panic mixes with the excitement of carrying out this project together. Such a recurring tension might be somehow part of our creative processes. Doctors say there is no immediate risk for our health besides pressure increasing and lack of sleep, however we are offered the possibility of quarantining in the gallery. This period of concentration and on-site production should therefore clear up the current confusion.

21th May – The initial 2 weeks of quarantine production ended up in a two month gipsy camping life in the gallery. We got lost in the day counting as the deadline schedule remained uncertain. The time warp we experienced slowly leaded us to sleep when the sun was coming up, sleeping bags surrounded by plastic protection sheets and toothbrushes among painting brushes. We managed at least to not confuse the tube of toothpaste with the tubes of paint, although that would have made some nice smiling pictures. The setting up is almost ready at the time we’re writing this update and we’re looking forward to be able to open the doors ! 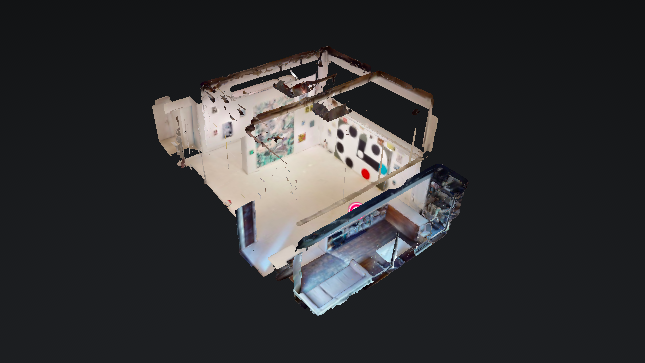 Quentin Chambry is born in 1989 in Colombes, France and grew up in Rennes, where he started skateboarding and got involved in the local scene by producing visuals for videos and publishing zines. This interests lead him then to study graphic design. After graduating, he had the opportunity to move into a large house with friends, where they set up their studios and started developing their work in a playful atmosphere. They later decided to transform their garage into a proper exhibition space and organized during 5 years more than 30 events there by welcoming as many young french and international artists. This project known as Galerie 126, born from the simple desire to meet artists they admired through short residencies, generated intense exchanges that educated and enriched Quentin’s own artistic practice. His work is mainly focused on drawing, which he disseminates in particular through publications and zines, whether they are self-produced or released by publishers such as Éditions Peinture, Super-Structure, FP&CF or Nieves. His practice also extends to other mediums since painting, installation and volume work broaden his creative register. His work has been presented in personal or group exhibitions in different places in Europe and also Canada, Australia, Brazil or Japan where he currently resides.
www.quentinchambry.com
IG : @quentinchambry

NANOOK
Born in Tokyo. Growing up in middle and high school integrated education in the dormitory system in the mountain side.
The artist name comes from the name of the dog that his father met in Alaska.
In 2006, after the death of his dog, he uses NANOOK as artist name.
Currently, NANOOK is based in Tokyo, working on drawings and paintings.
http://nanoooook.blogspot.com/
IG: @nanoooook