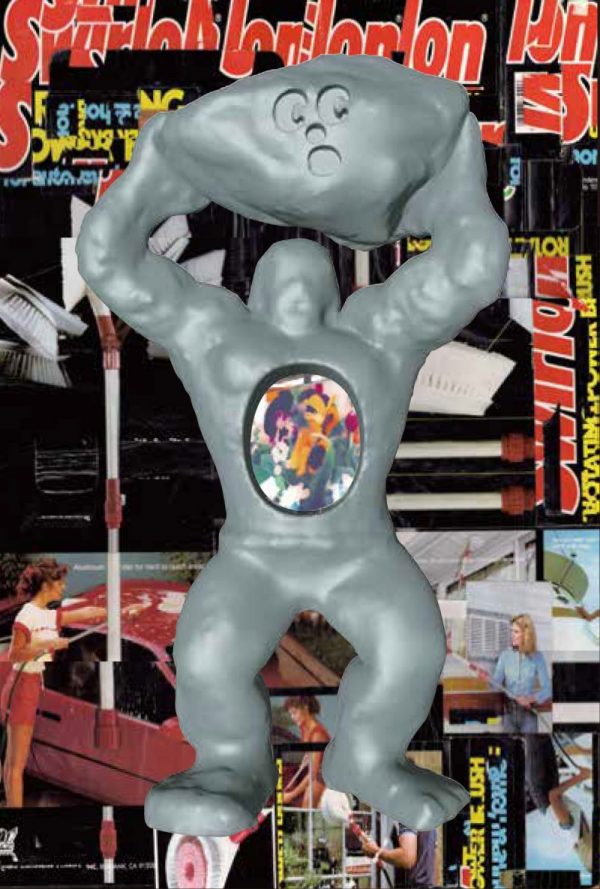 Scenes and things
that someone made
or that were made to be out there.

They are like a variety pack of notes
colored by the memories of others.

I am simply a filter-and-process.

CALM & PUNK GALLERY is pleased to announce “CHOCO MINT CONDITION,” a solo exhibition by Japanese artist Kenichi Miyazawa. As a part of artist unit “magma” with Jun Sugiyama, Miyazawa has produced music videos and stage sets for artists like Yuzu and Kaera Kimura, and has also lent his talents to advertisement campaigns for clients like Fuji-Q Highland and LAZONA Kawasaki Plaza. In parallel, Miyazawa has continuously presented his own products and artworks. In 2017, a year that coincided with the 10th anniversary of magma, a large-scale exhibition showcasing their work was held in Laforet Museum Harajuku. It attracted more than 7,000 visitors. This exhibition at Calm and Punk gallery will be Kenichi Miyazawa’s very first solo show.

Miyazawa finds his creative roots in memories of his father and grandfather, who were both quite fond of carpentry and DIY tools, and often made daily necessities and various objects by themselves. Raised in an environment where he was immersed in things and their making, and where one always made things by oneself (or found unexpected uses for readymade objects,) Miyazawa does not make objects from scratch, rather making pieces in which he reworks found objects and existing film footage.

In his daily routine, Miyazawa enjoys strolling to secondhand shops and randomly browsing websites to collect junk objects and images whose origins are no longer identifiable. With his almost fetishistic obsessions with categories like “bootleg figurines” “unknown characters” “low-grade electric appliances,” Miyazawa lets his imagination play with the histories and stories behind those objects, which essentially no one can fully know. It is only then, as Miyazawa dismantles and reassembles their very presence, that “they” are granted for the first time the traces and mood of the past that corresponds to objects that “had once been made by someone (who, possibly, was made to do so), and then consumed and disposed of.” More often than not, “they” are not originally cool and aesthetically significant, but are rather funny and pitiful. Miyazawa appropriates “them”, objects with their own vibrancy, into his own work, lovingly saying “funnier is better”.

The term “mint-condition,” included in the exhibition title, is used in the world of vintage items to describe a state of preservation in which an object is “as good as new” or “unopened”. In these works, Miyazawa reconstructs objects by re-coding their pasts and moods, letting them revive as refreshingly new beings. Still, based on ready-made objects, the works also keep ambiences and sensations of deja-vu “of their own”, alluded to here and there in details that stimulate the viewer’s imagination. Instead of carving out strong messages, Miyazawa explores remnants of memories in his cherished objects and reassembles them into his work with vivid colors and negative spaces, in order to allow us to recall our own reminiscences of exciting moments.

This exhibition introduces around 20 new pieces, including three-dimensional works as well as Miyazawa’s brand new challenges in the fields of painting and two-dimensional collage. It is also the first event to showcase his collaboration with toy-maker “loop,” presenting a limited run of 30 specially-colored PVC figurines, which will be available at the venue.
Join us at Calm and Punk and experience the power of Miyazawa’s unwavering imagination, with a collection of work that has been purified by the artist’s step forward into new artistic territories.