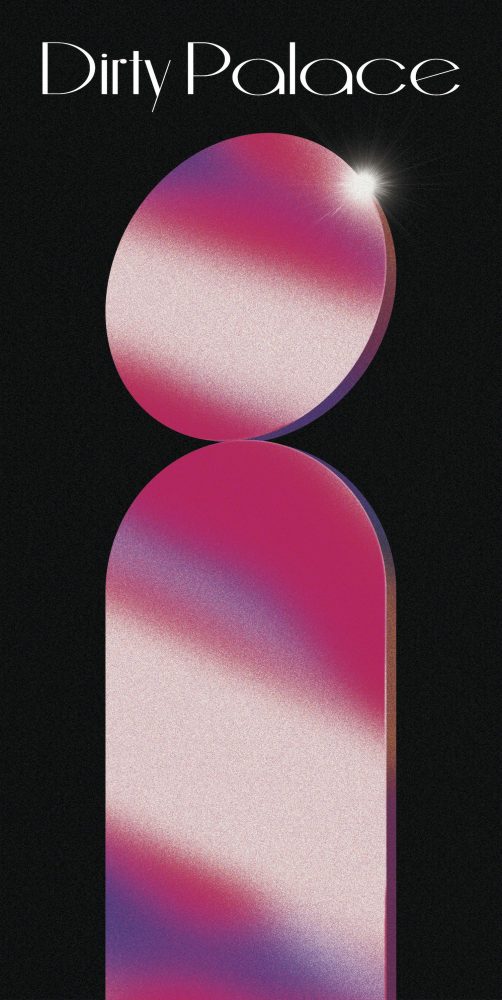 Takuro Tamayama’s spaces seemingly materialize out of thin air, alternately akin to a meta search engine rapidly uncovering long-lost images, or a rocking cradle that slowly but surely reveals an undifferentiated visual array with each oscillation. This hybrid sense of speed precludes the viewer’s objectivity, yet simultaneously suggests an omnipresent entity, dislocated on another dimension with a distant bird’s-eye view on our lives. In these dreamlike spaces, one is overcome with the sensation that the soft fabric of grid-like spacetime warps ever so gently. These dimensional deformations are somehow familiar — like the color bar test patterns seared into television screens when the airwaves fall silent between late-night broadcasts, or perhaps the constant repetitive rotations that constitute a Rubik’s Cube in the interstices between solid block form — the layering of these methodically orderly images seemingly primed to produce a moiré effect. Located between the antonymic poles of reassuring nostalgia and utter discomfort, this distortion may not be so soft, after all: not a simple wrinkle in the continuum, but rather a sharp sheared expansive cross-section.

The pristine premade furniture in Clean House is a study in contrasts, perhaps proving to be the mirror image of a Dirty Palace on the opposite shore of light and shadow. The crux of Tamayama’s work is singular: space itself. Journey through the liminal interface for complete immersion in these worlds at Takuro Tamayama’s solo exhibition Dirty Palace, from November 9th (Fri.) at CALM&PUNK Gallery.

Tamayama transforms exhibition spaces with an array of everyday items ranging from chairs to cabinets, vivid walls and lighting, creating distinct tonal compositions that are both constructive yet dreamlike. His recent installations have incorporated video elements in an experimental exploration of nested, constructive abstract spaces.